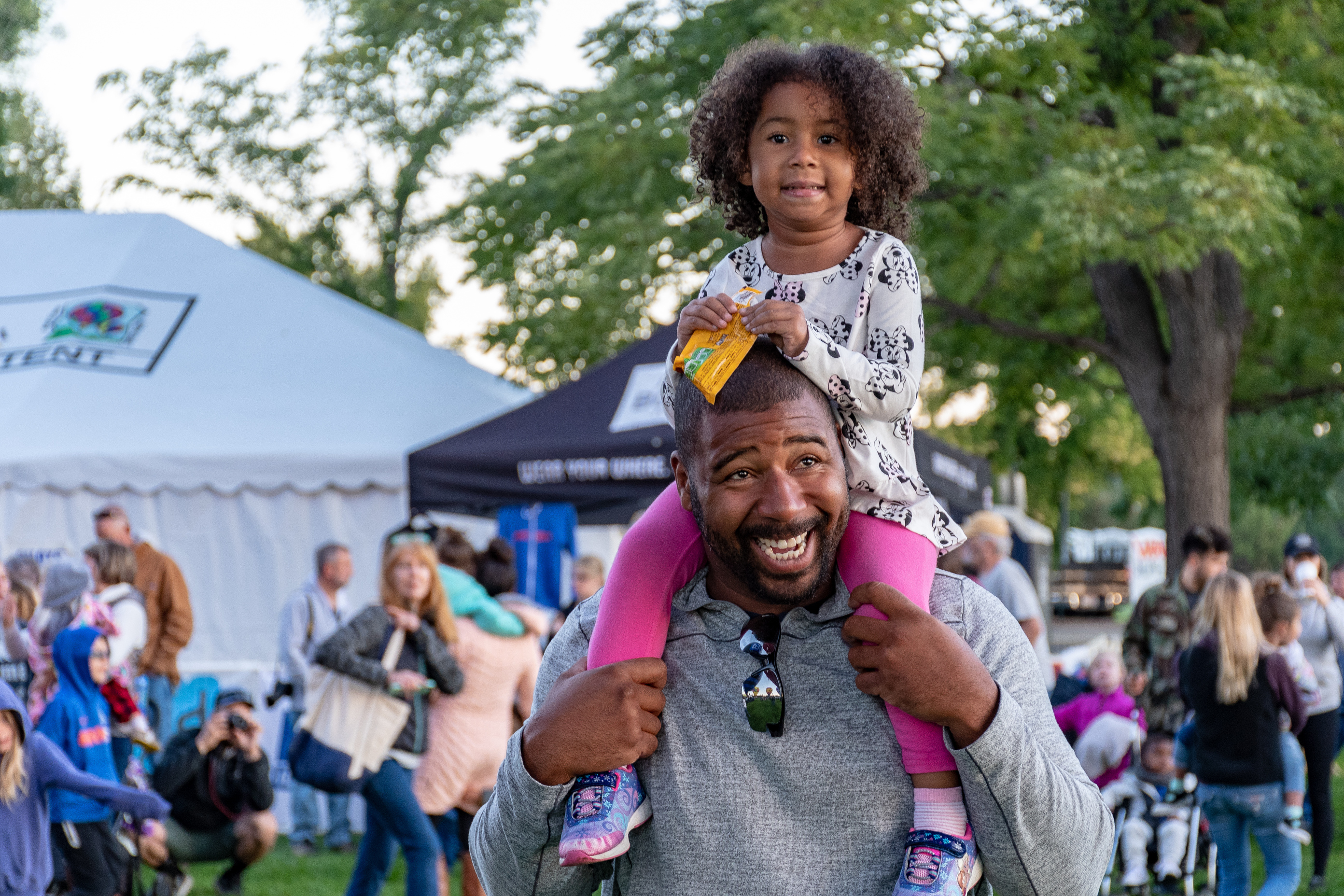 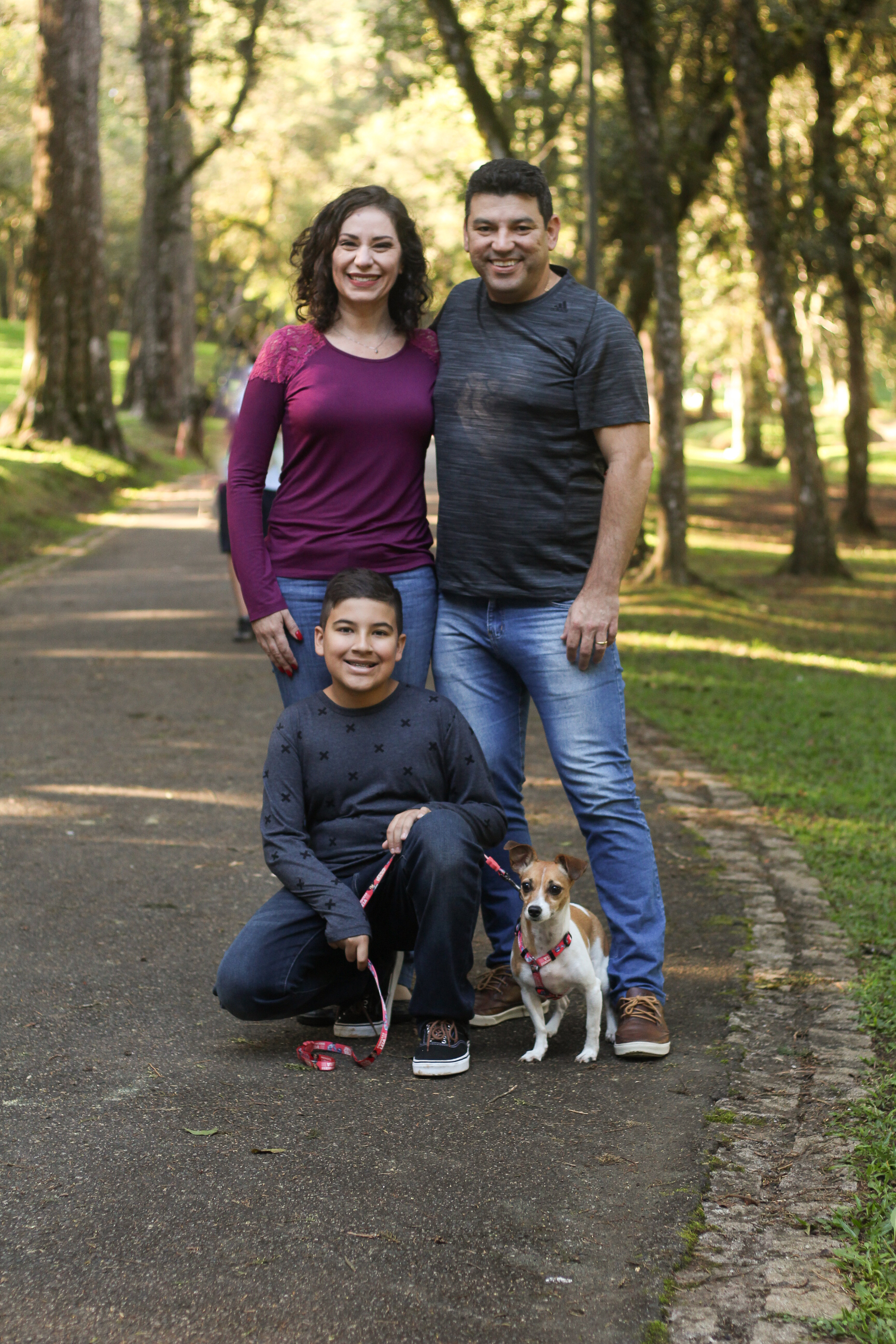 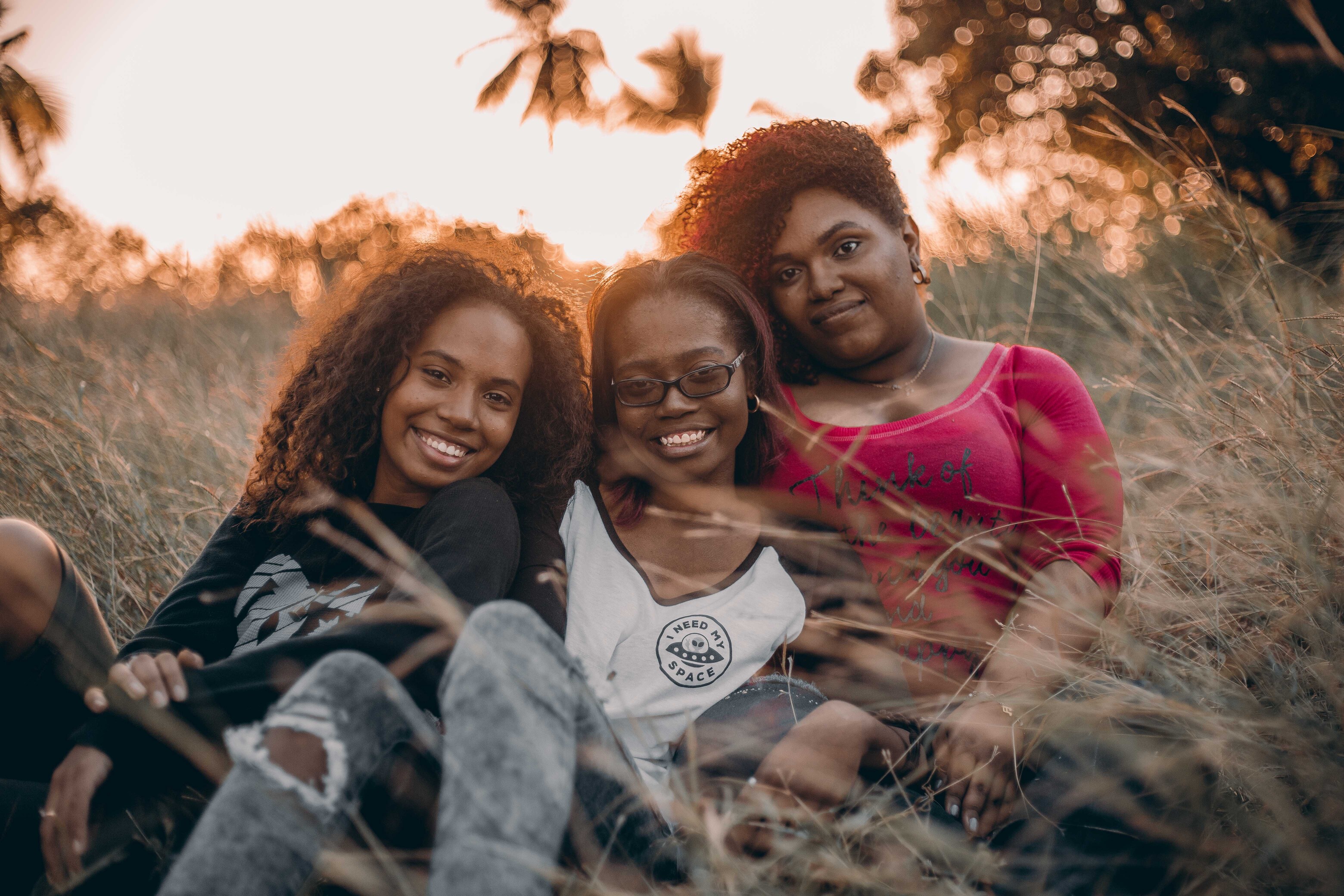 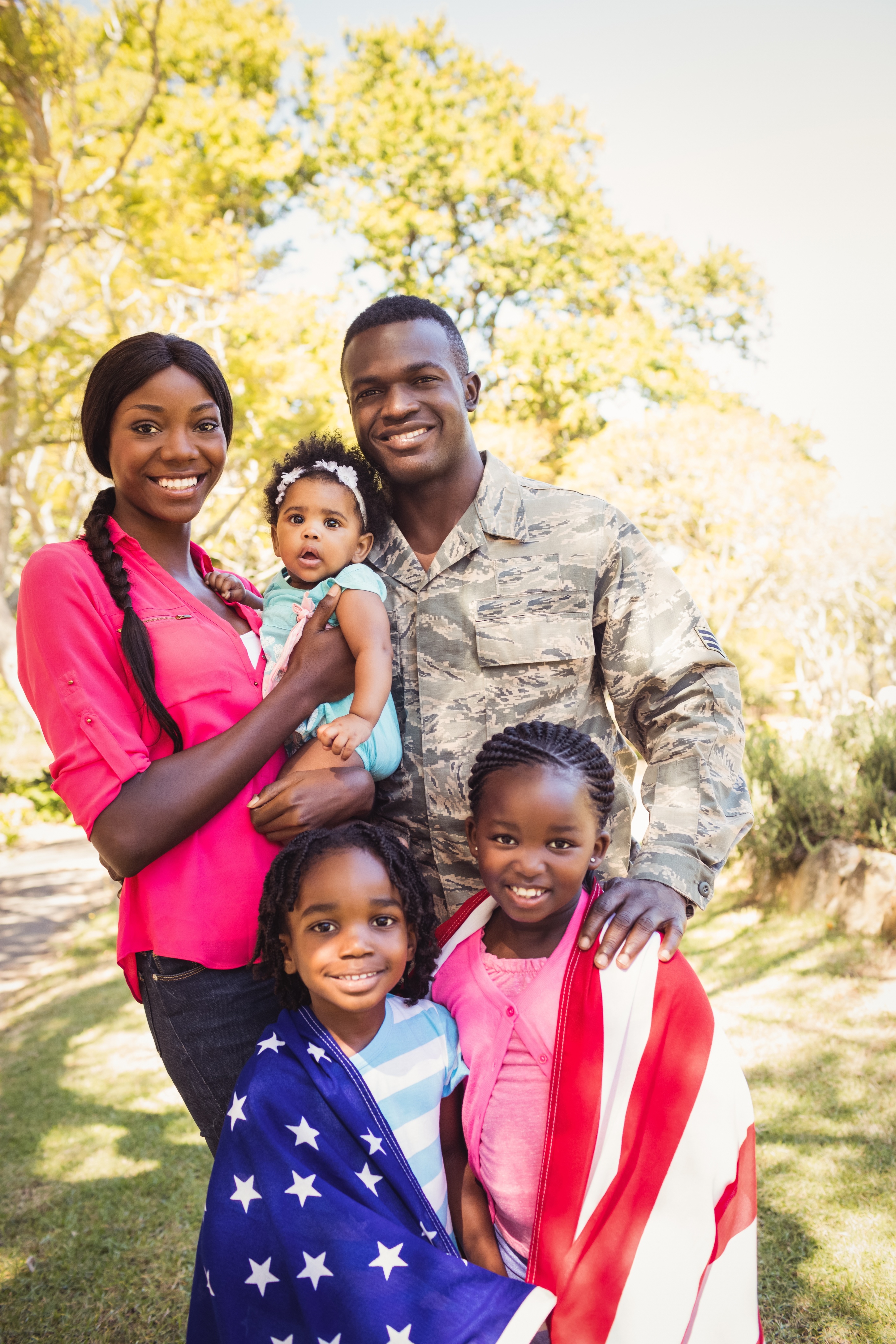 More than a course, ADAPT is an opportunity for parents to learn, practice, use, and retain positive parenting techniques and tools.

The program includes a focus on mindfulness and emotional coaching, designed especially for families who have experienced stress and/or trauma. Our goal is to strengthen stressed parents’ capacities to regulate their emotions and be more effective with their children.

ADAPT began as After Deployment: Adaptive Parenting Tools, developed by researchers at the University of Minnesota to build resilience by supporting parents in military families. Our approach is based on more than 50 years of rigorous research on positive parenting techniques and has been tested in studies with more than a thousand military families.

Our studies to date have involved active duty military, Guard, and Reserve members and veterans across all branches of service. Recently our work has expanded to focus on healthcare professionals whose parenting roles have been affected by their challenging work during the COVID-19 pandemic. Each study evaluates parenting tools with the goal of addressing families’ unique stressors and creating positive outcomes.

LEARN MORE ABOUT OUR IMPACT

Abi’s research interests are in trauma, resilience, parenting, and promoting children’s healthy development. Her team is involved in multiple research and implementation projects throughout the United States that all aim to help parents be their children’s best teachers during times of stress and trauma. Dr. Gewirtz has published more than 100 articles, chapters, and books and is the recipient of several grant and career awards. 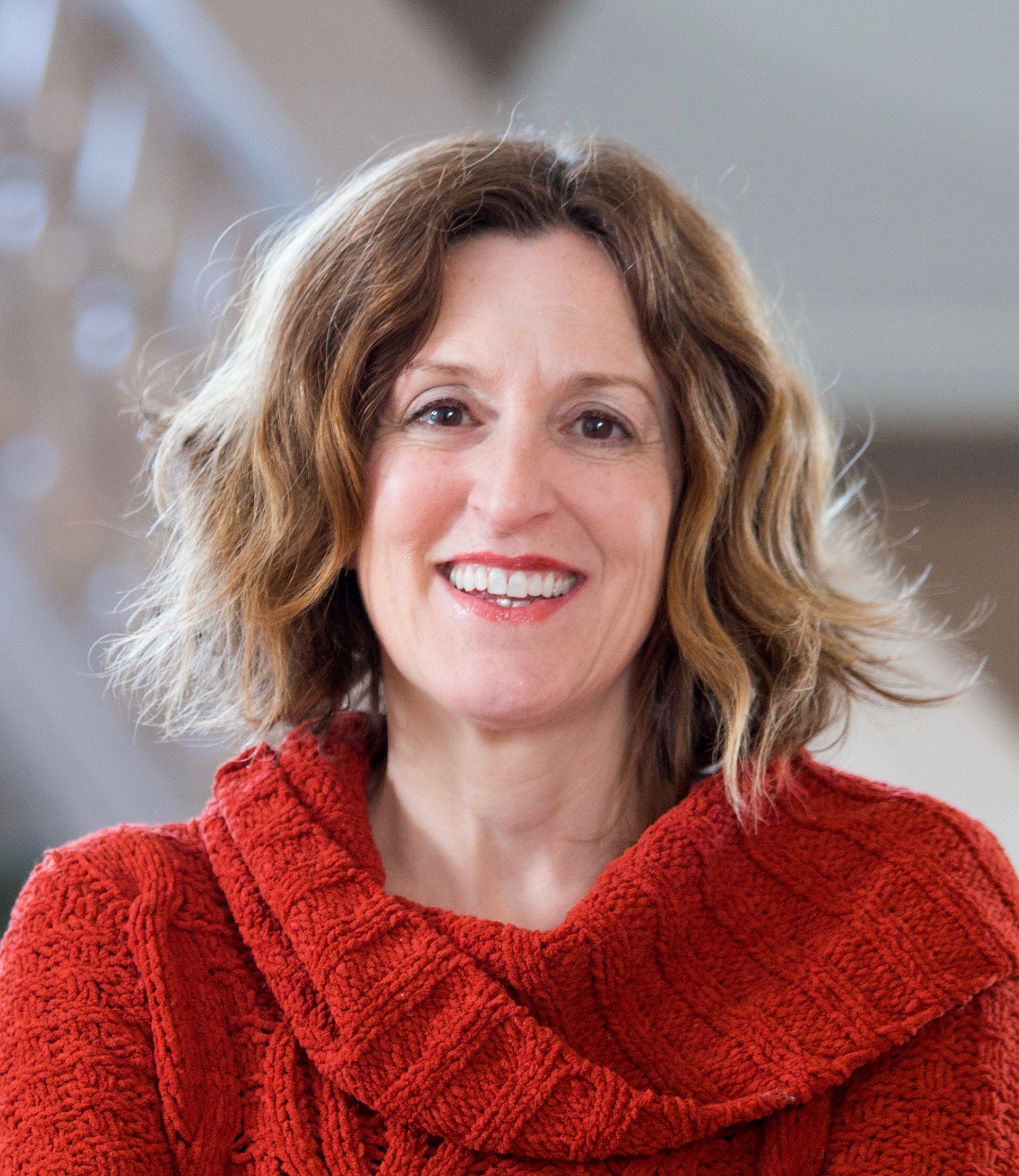 Amy joined the ADAPT team first as a graduate student assisting with study recruitment and outreach, and in January 2016, moved to the role of Program Manager. Amy retired in 2012 from the Minnesota Air National Guard after 22 years of service, including one deployment, and is also the spouse of a military retiree. Before coming back to graduate school Amy was a high school counselor for almost 10 years. Amy completed her second graduate degree May 2016 in Family Social Science at the University of Minnesota with a focus on military families.

Shauna graduated from the University of Minnesota with a Bachelor of Arts degree in Child Psychology and has worked for the ADAPT studies since 2011. Prior to her role as Assistant Program Manager for Research, Shauna worked as the Interview Coordinator where she oversaw data collection during in-home interviews. While she was an undergraduate student, Shauna assisted Dr.Gewirtz in collecting data for the Early Risers program, which sought to promote resilience and improve outcomes in families living in supportive housing.

Marin graduated from the University of Minnesota in May 2017 with a Masters of Human Rights. Prior to joining the ADAPT team, Marin worked on various research efforts including several projects in Kenya and Uganda on constitutional accountability measures, women’s rights, and economic development in the LGBTQ community. Marin also worked in Nebraska setting up a mobility company to provide medical access for underserved, rural Nebraskans.

Susanne completed her postdoctoral training in prevention science at the Department of Psychiatry, University of Minnesota. She worked as a statistician for multiple prevention trials that examined effectiveness, dissemination, and sustainability of evidence-based preventive interventions for at-risk children and families who resided in culturally diverse, economically disenfranchised communities. In 2018, she joined the ADAPT team as a Data Manager coordinating many aspects of data processing systems and data analysis.

Kadie completed her PhD in Family Social Science with the Couple and Family Therapy specialization and a Prevention Science minor at the University of Minnesota in 2020. She has a clinical work history of providing in-home, community-based, and residential mental health services to families involved in child welfare, juvenile justice, and adult justice systems for over a decade. Her research work has focused on resilience factors in parent-child relationship dynamics and evidence-based preventive interventions for families experiencing adversities. Kadie joined the ADAPT team in 2016, and manages the behavioral Coding Lab working with the observational data in the ADAPT projects.

Alexa is the Assistant Program Manager for Implementation on the ADAPT team, and manages the Stress Wearables study which focuses on the gap between technology and stress management for family units. Prior to joining the ADAPT team, Alexa handled evaluative work of the U.S. Department of Education's School Climate Transformation Grant at the Minnesota Department of Education. In addition, she analyzed population-level data at the Minneapolis Health Department, and the Minnesota Center for Health Statistics within the Minnesota Department of Health. Alexa holds a Master of Public Health degree from the University of Minnesota - Twin Cities, and focuses on the implementation and evaluation of public health projects.

Molly received her Ph.D. in clinical psychology from the University of Minnesota with a focus on treatment outcome for eating disorders. She spent three years as a psychologist with the rehabilitation/polytrauma program at the Minneapolis VAMC before joining the ADAPT team. Since 2010 Molly has worked as a facilitator, coach, fidelity rater, trainer, and clinical director with ADAPT.

Darlene graduated with her MSW from the University of Minnesota and has worked primarily with military families including the Minnesota Army National Guard.  Darlene joined the ADAPT team in 2011 and is a facilitator, coach, fidelity rater and trainer.

Patty received her Master of Arts in Marriage and Family Therapy from St. Mary's University of Minnesota in 2017. She is a Licensed Marriage and Family Therapist in Minnesota and utilizes evidence-based therapy models at her private practice. Patty has worked in community-based mental health and extensively with military families and parents. Prior to becoming a therapist, she earned two Bachelor's degrees in Journalism and Political Science at the University of Wisconsin River Falls and worked as a journalist for a decade at the Minnesota State Capitol. Since joining ADAPT in 2017, Patty has worked as a facilitator, coach, trainer and is a fidelity rater.

Jasmine received her Master of Social Work degree from the University of Michigan’s School of Social Work in 2017. Prior to joining the ADAPT team, she served as a bilingual clinical social worker providing community-based mental health services to Latinx/o/a children, youth, and families in the greater Detroit area. She has been trained in various evidence-based practices, such as Trauma-Focused Cognitive Behavioral Therapy (TFCBT) and Dialectical Behavior Therapy (DBT). Since 2019, Jasmine has worked as an ADAPT intervention coordinator and facilitator. During her time with ADAPT, she has been able to assist in the development of the contextual adaptations of ADAPT for first responders and diverse immigrant/refugee populations. Jasmine will begin pursuing her PhD in Developmental Psychopathology and Clinical Science at the Institute of Child Development at the University of Minnesota in Fall 2021.

Cheryle’s background is in pediatric clinical research – working with Scott and White Hospital, Texas A&M School of Medicine and the National Institutes for Health. She has a Bachelors in Science Degree in Liberal Studies with an emphasis in sociology. As a Fort Bragg contractor who supports the Army Community Service and the Family Advocacy Program, she has worked with active duty service members and their families for seven years as a Child Advocate Instructor and a New Parent Support Program Family Specialist.

In 2008, Cheryle received the Jefferson Award for Public Service, with an address from George H. Bush, for volunteering her time teaching self-defense to women and children. She has also received the Iron Mike Award on Fort Bragg in 2021 for 1,000 hours of volunteer service teaching yoga, meditation and mindfulness to Active Duty, Family Members and Civilians on Fort Bragg. Currently she is teaching yoga with the Soldier Recovery Unit on Fort Bragg.  Working with Active Duty Service Members as they recover from injury that was incurred while serving in a deployed status.

Misty Clark joined the ADAPT team in 2019 as the Fort Bragg site assistant and assessment technician. Before joining ADAPT, Misty worked for the Army's Resilience Directorate, coordinating Master Resilience Trainer courses at Fort Belvoir. She was also the Executive Coordinator for the Fort Belvoir Mothers of Preschoolers group, coordinating 3 groups and 160 women. As the spouse of an Active Duty soldier, she is passionate about serving her community and advocating for military families. In October 2018, Misty was asked to testify on Capitol Hill to the House Armed Services Committee on behalf of military families. As a result of this experience, Misty is currently pursuing a degree in Public Administration, where she hopes to use new skills to further advocate for her community. When she is not serving military families, Misty spends her time raising 3 resilient Army "brats," making the most out of each duty station.

Psychology and an Associate of Applied Science in Business Management Public Technology.  She currently serves at the Fort Campbell Site Coordinator and is also President of a local non-profit and served on her city’s Code Enforcement Committee.  She has a very diverse background in volunteering with the military and military families along with her local community.  She was an active duty Army spouse for 6 years and she has covered several positions in the ADAPT Research Study with her time as an employee.  She is very passionate about continuing to make a positive difference in the lives of soldiers and their families.

Meagan comes to ADAPT with over fifteen years of experience leading youth and family-focused organizations. She received a Bachelor of Arts in French with a minor in Sociology from Vanderbilt University. With a background in fundraising, volunteer coordination and nonprofit operations, her past professional roles included serving as Executive Director for Girls on the Run of NE Florida, and in management at various large YMCA branches across the country. A Navy spouse of over 20 years, Meagan has been through seven deployments, most with three young daughters. An active military community volunteer, she currently serves as a military spouse mentor through the Naval Leadership and Ethics Center.

Arianne joined the ADAPT team in 2019 as an assessment technician and the Forts Belvoir and Myer site assistant. She received her Master of Arts in Marital and Family Therapy from the University of San Diego and spent a year working at a partial hospitalization program for teens diagnosed with an eating disorder and is trained in Dialectical Behavioral Therapy. She also worked with at-risk youth as an in-home clinician throughout Northern Virginia. A proud California native, she graduated summa cum laude from San Diego State University after spending seven years on active duty working in Navy Public Affairs. During her time in the Navy she deployed aboard USS Abraham Lincoln (CVN 72) and served overseas in Rota, Spain. Arianne and her husband, Jeremy, have been married for 10 years and together they have two daughters, Vaughn and Vela. Ari spends a majority of her free time outdoors camping with family and friends, in the water, or running.